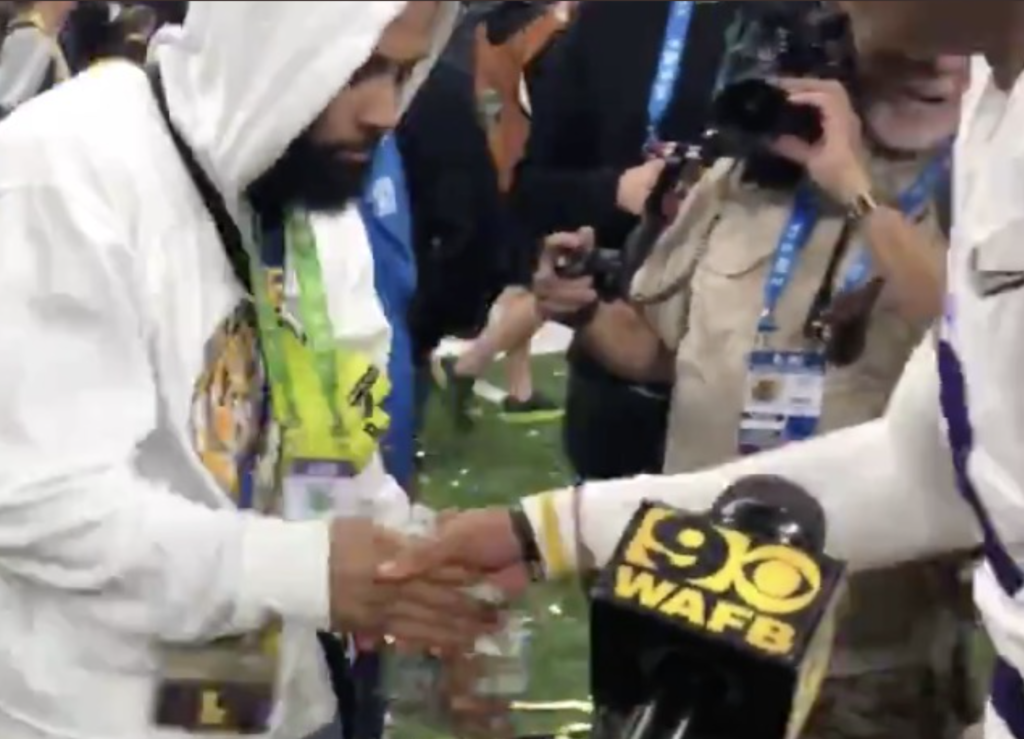 Passing Out Cash Is A No, No

LSU has banned Beckham from its football facilities for the next two years over NCAA rule violations, according to SI.com.

Beckham was spotted handing out cash to LSU players immediately following the team’s National Championship Game win over Clemson in January. LSU initially claimed the money was fake but later acknowledged that it was real, after players said Beckham had given them genuine $100 bills. The school said Beckham handed out $2,000 in all.

LSU also agreed to self-impose other penalties, including scholarship reductions and recruiting limitations, for other NCAA violations unrelated to Beckham.

“LSU has worked proactively and in cooperation with the NCAA to identify and self-report any violations that occurred within our football program,” LSU said in a statement. “We believe these self-imposed penalties are appropriate and we will continue to coordinate and cooperate with the NCAA on this matter.”

Beckham played three seasons at LSU and was a first-team All-American and winner of the Paul Hornung Award for the most versatile player in college football in 2013.