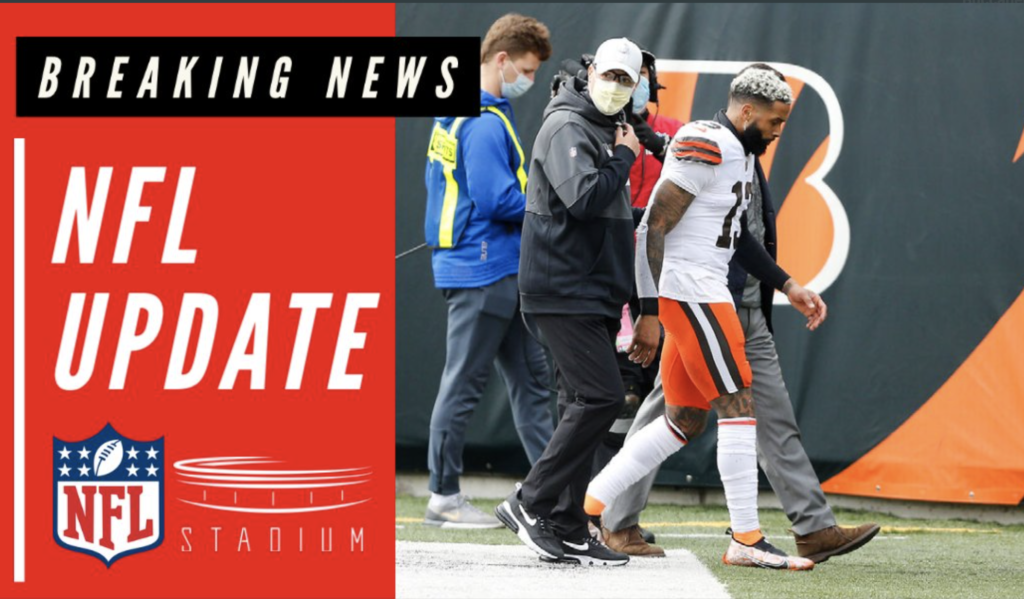 The Cleveland Browns announced the star wide receiver suffered a torn ACL in his left knee. Beckham underwent an MRI on Monday morning, which confirmed the tear.

He was injured on the Browns’ second snap Sunday while attempting to chase down a Cincinnati Bengals defender following a Baker Mayfield interception.

On Mayfield’s first passing attempt against the Bengals, he tried to force a throw to Beckham down the sideline. The ball, however, was underthrown and picked off by Darius Phillips. Beckham turned around to chase the Cincinnati defensive back the other way, but crashed into Phillips and Cleveland fullback Andy Janovich, who was also trying to make the tackle.

After going 0-of-5 in the first quarter, Mayfield bounced back without Beckham to complete a franchise-record 21 consecutive passes and five touchdowns, including a game-winning, 24-yard scoring strike to rookie Donovan Peoples-Jones with 15 seconds remaining.

Afterward, Mayfield admitted to feeling guilty for the underthrow that led to Beckham’s injury.

“I’m probably going to beat myself up about that one for a long time,” Mayfield said. “He’s a guy who fights for this team, and in doing that, he got hurt. … it sucks.”

Mayfield said that at halftime Beckham told him to “go be great” in the second half. Mayfield went on to become just the second quarterback in NFL history to throw three go-ahead touchdown passes in a fourth quarter in Cleveland’s 37-34 win.

“That was what he left me with to open up the second half,” Mayfield said of Beckham’s encouragement. “That was something I continued to remember throughout the second half.”

Since being traded from the New York Giants in March 2019, Beckham’s tenure with the Browns has been marred by injuries.

Beckham suffered a hip and groin injury during training camp last year, which hampered him through the season. He still finished with more than 1,000 yards receiving, but had only four touchdown catches. Beckham had surgery in January to repair that injury.

This season, he caught 23 passes for 319 yards and three touchdowns. He also rushed three times for 72 yards and another score.