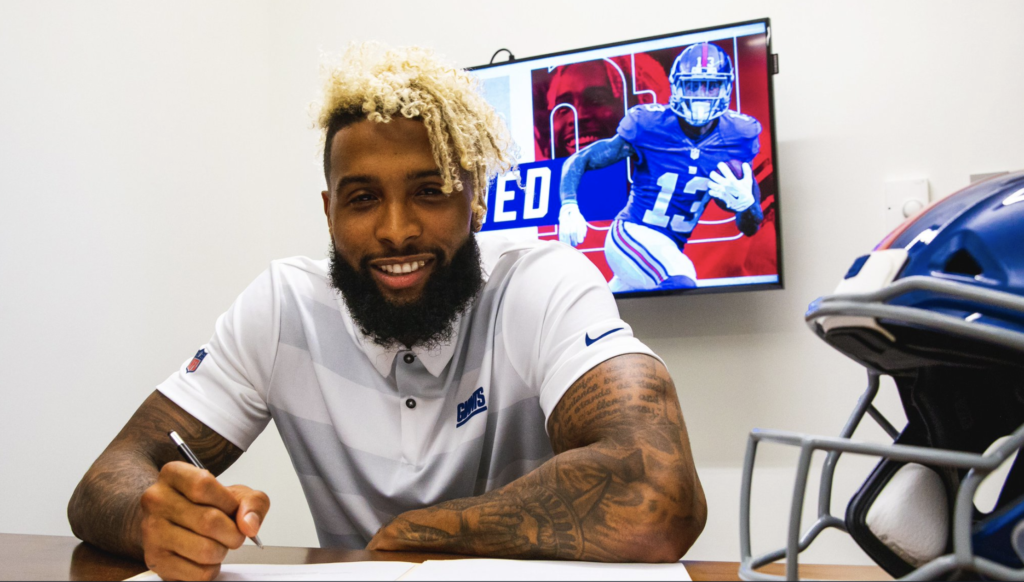 Odell Beckham Jr. has agreed to a five-year extension with the New York Giants that makes him the highest-paid wide receiver in football, a source told ESPN’s Josina Anderson.

Beckham is set to make $8.4 million on the fifth-year option of his rookie contract. The agreement reworks Beckham’s 2018 contract into a $1.459 million salary with a $20 million signing bonus. The Giants will save $3 million against the cap.

Beckham has been seeking a contract extension for the better part of the past two years and was optimistic in recent weeks that a deal would work itself out. He is now under contract through 2023.

The deal opens the door for Beckham to make a return to the field for the Sept. 9 season opener against the Jacksonville Jaguars. Beckham has not played in the preseason after breaking his ankle in October and with the likelihood of a new deal lurking.

Beckham, 25, had at least 90 catches, 1,300 yards and 10 touchdowns in each of his first three professional seasons. He was quickest to 200 receptions and 3,000 yards in NFL history, needing just 30 games to accomplish each feat.