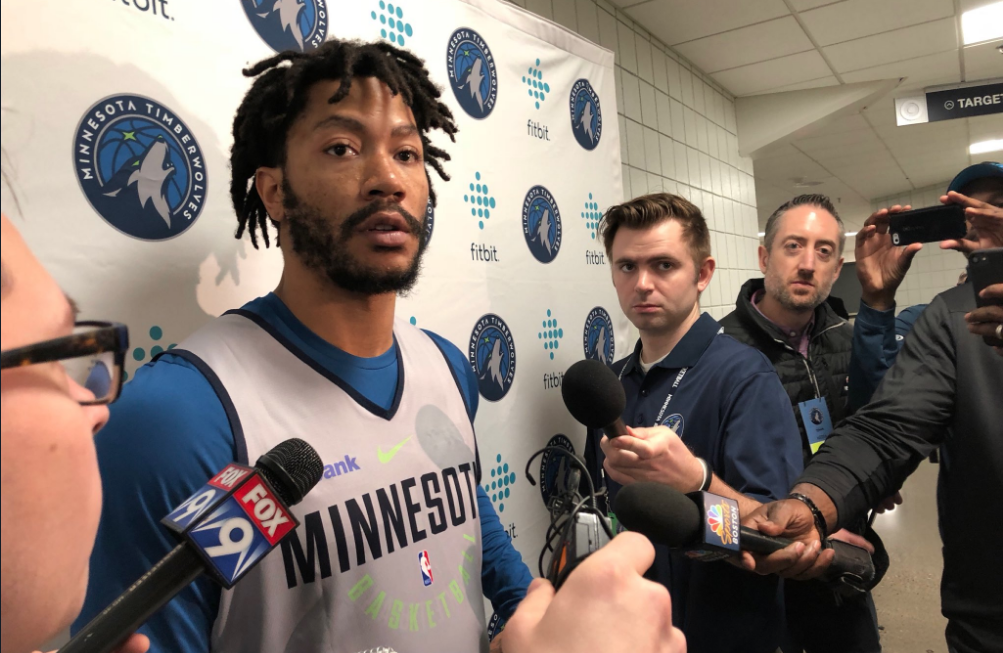 Reunited And It Feels So Good

Rose has signed with the Minnesota Timberwolves in a move that reunites the 2011 NBA MVP with three mainstays from his days in Chicago – coach Tom Thibodeau, as well as Jimmy Butler and Taj Gibson. The Timberwolves did not release the terms, but a person familiar with the situation told The Associated Press that the deal is for the remainder of the season.

Rose may debut as early as Thursday night, when Minnesota plays host to Boston.

“The only thing I’m missing now is the opportunity,” Rose told reporters in Minnesota on Thursday. “Talking to Thibs, he sounds like he’s going to give me the opportunity, so it’s all about learning the guys and fitting in at the right time.”

Minnesota will be the fourth team Rose plays for, and technically his fourth franchise in the last 11 months. Rose spent his first eight NBA years in Chicago, five of those with Thibodeau as his coach. He was with New York last season and started this season with Cleveland, but appeared in only 16 games with the Cavaliers largely because of injuries.

“We just thought he could help the team,” Thibodeau said. “That’s what our expectations are: come in, be a good teammate, try to help us win. … He’s been around, he’s been in a lot of games. I think he’s seen a lot of different things, he’s a familiar with what we’re doing, he’s played with some of the guys we have. So that’s a plus.”

The Cavaliers traded the former All-Star to Utah last month as part of the massive restructuring of their team, and the Jazz waived him shortly afterward.

Rose has been working out since, and this week became a father again – just three days before completing the deal with the Timberwolves, who were willing to wait for his new daughter to arrive before asking him to make the move.

“I think I’m familiar with a lot of guys that’s here,” Rose said. “Just staying ready and coming here and trying to make it to the playoffs and I feel like I can help in some way.”

Miami guard Dwyane Wade, who was teammates with Rose earlier this season in Cleveland, said he expected Rose and Thibodeau would reunite – and insisted the 29-year-old guard still, when healthy, can be elite.

“He was the best player in training camp,” Wade said, noting that LeBron James was hurt for most of Cavs camp last fall. “It’s always been about health with D-Rose.”

Rose took some time off earlier this season to evaluate his options. He’s joining a Timberwolves team bidding for its first postseason trip since 2004, and entered play Thursday holding the sixth seed in a very close Western Conference race – where four games separate the eight teams from third place to 10th.

He said he isn’t worried about role, and said he can fit in alongside fellow Wolves point guards Jeff Teague and Tyus Jones.

“I think I can play with anybody, to tell you the truth,” Rose said. “I know the game. I’m not a selfish player. I’m not here for stats or anything like that. I just want to win and help this team and franchise win.”

Rose averaged 9.8 points with the Cavaliers this season. For his career, Rose is averaging 19.2 points and 5.8 assists.