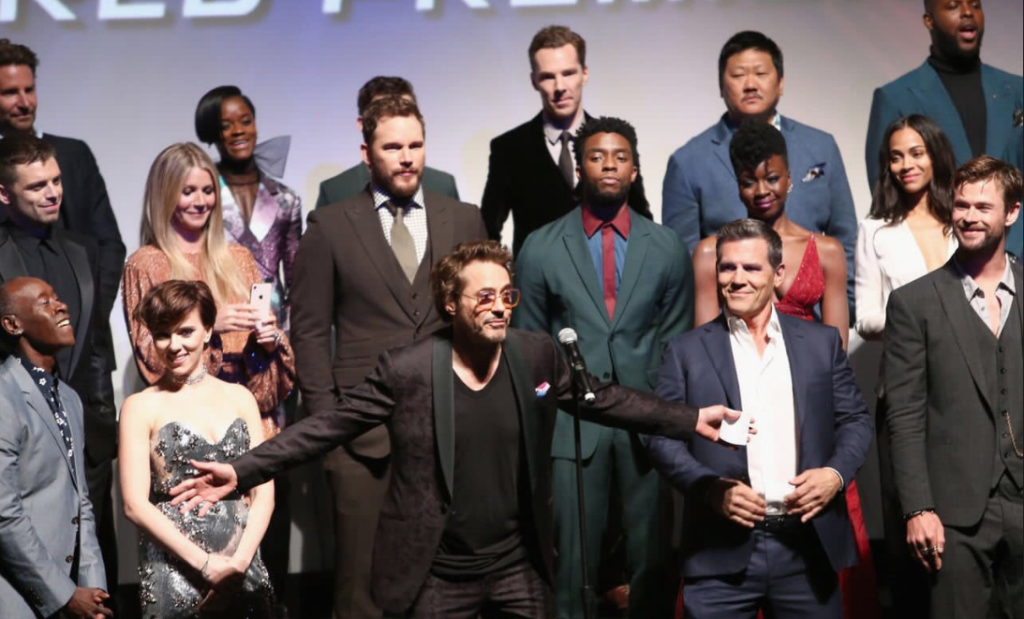 The Box Office Was No Match For The Avengers

Avengers assembled in full force at the box office this weekend.

“Avengers: Infinity War” took North America by storm, opening with $250 million in 4,474 theaters. While numbers could fluctuate before an official tally comes in on Monday, that would surpass “Star Wars: The Force Awakens” for the biggest domestic opening weekend of all time. “The Force Awakens” bowed with $248 million in 2015.

The superhero tentpole, which cost between $300 million and $400 million, opened worldwide with $630 million, making it the highest global opening weekend of all time, even without China debuting this weekend.

“It is an extraordinary weekend for the movie business and for the Marvel Cinematic Universe,” Dave Hollis, head of domestic distribution at Disney, said. “‘Infinity War’ was the culmination of 10 years of developing the universe and characters that people care about. Having them all come together in this was was what created a must-see moviegoing event.”

Prior to “Infinity War,” the original “Avengers” had the highest opening to date for a Marvel film, debuting with $207.4 million. Its sequel, “Age of Ultron,” launched with $191 million. The first movie earned $623 million in North America, while the second made $459 million.

Joe and Anthony Russo directed from a script by Christopher Markus and Stephen McFeely. “Infinity War” picks up two years after the events of “Captain America: Civil War” with the Avengers teaming up with the Guardians of the Galaxy to stop the evil Thanos (Josh Brolin) from inter-galactic dominance.

With no other films opening in wide release in the wake of “Infinity War,” Paramount Pictures’ “A Quiet Place” secured second place with $10.6 million in 3,565 locations. The thriller — directed by John Krasinski and co-starring Krasinski and Emily Blunt — continues its impressive run with a domestic total of $148 million in four weeks. Due to the film’s monster success, Paramount’s head Jim Gianopulos announced a sequel was in the works.

In third place, STX’s “I Feel Pretty” scored $8 million from 3,440 theaters in its second weekend. That brings the North American tally on Amy Schumer’s latest comedy to $29 million. Meanwhile, Dwayne Johnson’s “Rampage” dropped down to the fourth slot, earning $7.1 million in 3,508 locations. The Warner Bros. actioner has made $77.9 million domestically in its three weeks of release.

Rounding out the weekend is another Marvel title, “Black Panther.” In its 11th weekend, the tentpole made $4.6 million, bringing its domestic total to $688 million. Globally, “Black Panther” has collected $1.3 billion. With “Infinity War’s” massive debut, Marvel’s 19 titles have collectively grossed $15 billion worldwide.