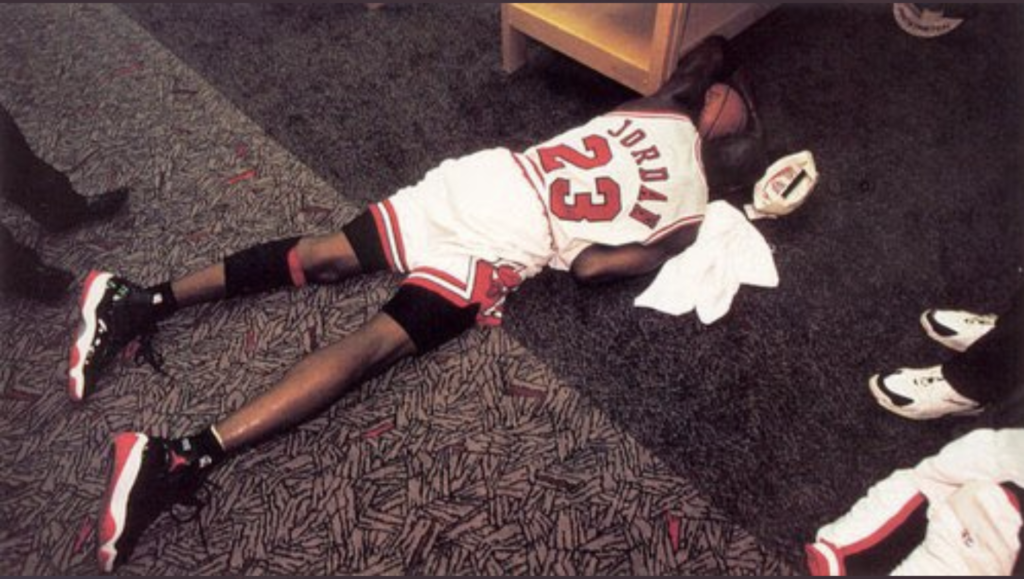 “Winning Has A Price!”

One of the most revealing moments in “The Last Dance,” the highly-anticipated documentary on Michael Jordan and the ’98 Chicago Bulls, comes on screen with MJ describing why he pushed himself (and his teammates) so hard.

“I challenged people when they didn’t want to be challenged,” says Jordan, adding that being considered a “tyrant” in order to win was a price he was more than willing to pay.

MJ opened up during multiple interviews—along with 105 other people that bore witness to his legendary NBA career—over the years as the 10-part series painstakingly came together.

“Look, winning has a price,” says Jordan. “And leadership has a price. So I pulled people along when they didn’t want to be pulled. I challenged people when they didn’t want to be challenged. And I earned that right because my teammates who came after me didn’t endure all the things that I endured. Once you joined the team, you lived at a certain standard that I played the game. And I wasn’t going to take any less. Now if that means I had to go in there and get in your ass a little bit, then I did that. You ask all my teammates. The one thing about Michael Jordan was he never asked me to do something that he didn’t fucking do. When people see this they are going say, ‘Well he wasn’t really a nice guy. He may have been a tyrant.’ Well, that’s you. Because you never won anything. I wanted to win, but I wanted them to win to be a part of that as well. Look, I don’t have to do this. I am only doing it because it is who I am. That’s how I played the game. That was my mentality. If you don’t want to play that way, don’t play that way.”

Jordan then does something extraordinary, and I’m glad the filmmakers left it in. He asks for a break. He has become so emotional, near tears, that he has to get away for a moment.

“The moment when he asked for a break came early in the first interview,” [director Jason] Hehir recalled. “To get something that raw, candid, honest and genuine out of him that early in the interview process was kind of a turning point for all of us in the crew. We all thought: ‘Wow this could be something a little bit different than just basketball. It looks like he came to participate and understands what we’re trying to do here.’ It was one of those answers where you just let the person go, almost like a therapy session. He did stop himself and say ‘break.’ And we did. I got up and left the room for a little bit. We’d been going for about 45 minutes and I knew we had at least two more hours to go. What you don’t want to do is gas out your interview subject less than an hour into it.

“But it was so telling to me that this is what’s at this guy’s core. No matter what we discussed, it funnels back to that deep-seated drive to be the best at all costs. We were talking about his intensity as a teammate, his intensity as a competitor. We had just finished talking about the roots of his competitiveness, competing against his brother Larry for his Dad’s attention. One of the things that I was interested in exploring when we first started studying his entire story was this notion from his perspective. By all my experiences, he was a nice guy. He was very respectful to me. He was very respectful to the crew. He couldn’t have been more generous with his time and candor. I was really interested in whether or not it hurt him that the perception of him was this stone-cold killer and not as Mr. Nice Guy. The question produced probably a nine-minute answer. Was it worth to you to have that reputation for intensity and ferocity? Is it worth the tradeoff of not being considered nice guy quote unquote?”