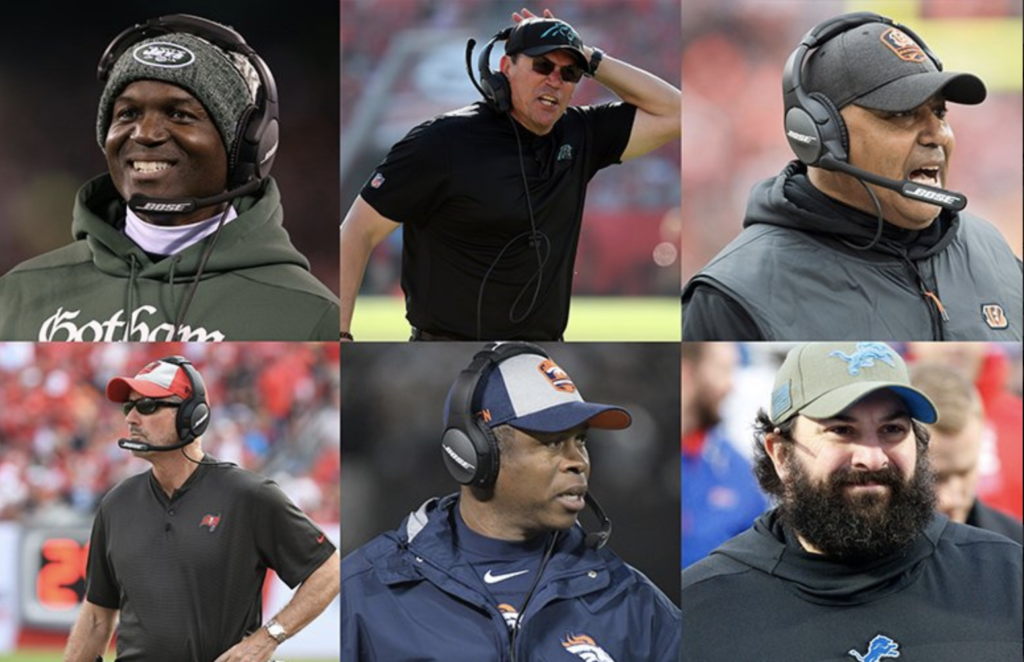 In three seasons in Miami, Gase exits with a 23-25 record. The coach led the Dolphins to a 10-6 record and a playoff appearance his first year with the club. The past two years, Gase compiled a 13-19 record. After jumping out to a 3-0 start to the 2018 season, Miami finished 7-9.

Marvin Lewis’ 16-year run as head coach of the Cincinnati Bengals is over.

Following a third straight losing season, Lewis informed the coaching staff that he will not return, NFL Network’s Tom Pelissero reported Monday. Pelissero adds the decision was made by team owner Mike Brown.

Lewis became Cincinnati’s head coach in 2003 and made the playoffs seven times. The Bengals, however, failed to move beyond the first round of the postseason under Lewis and amassed six losing seasons, including the past three campaigns.

The Bengals finished the 2018 season at 6-10, and Lewis finishes his time as Cincinnati’s head coach with a 131-122-3 record. Lewis is the winningest coach in Bengals franchise history.

The Denver Broncos finished off their first consecutive losing seasons since 1971-72. The failures finished off Vance Joseph’s coaching tenure.

“I want to thank John Elway, Joe Ellis and the organization for the opportunity to serve as the head coach of the Denver Broncos,” Joseph said in a statement. “It’s disappointing not being able to finish what we started, but I’m incredibly proud of the players and coaches for how they fought and worked every week. I also appreciate the support staffs who put in countless hours behind the scenes helping our team. This is a special place with great fans. Holly and I, along with our entire family, truly enjoyed being part of this community and wish the Broncos all the best.”

Denver went 11-21 in Joseph’s two seasons at the helm. The Broncos owned a .738 winning percentage in the five seasons prior to his tenure, second-best in the NFL during that span.

“I spoke with Vance this morning and thanked him for all of his hard work as our head coach,” Broncos president of football operations and general manager John Elway said in a statement. “Although we decided to make this change, I believe Vance is a good football coach who has a bright future in this league.

Steve Wilks believes he’s out after one season.

The Arizona Cardinals coach told his staff during a meeting that he expects to be fired, NFL Network Insider Ian Rapoport reported Monday morning, per sources informed of the situation.

The expectation that Wilks would be one-and-done escalated in recent weeks as the Cardinals fell to 3-13
Arizona owned the worst offense in the NFL in Wilks’ first season, ranking last in points per game (14.1), total yards per game (241.6), passing yards per game (157.7) and rushing yards per game (83.9). Wilks fired offensive coordinator Mike McCoy midway through the season, but still, the struggles remained. Perhaps one of the coach’s biggest mistakes was hiring a retread like McCoy in the first place.

The Tampa Bay Buccaneers have relieved Head Coach Dirk Koetter of his duties after three seasons at the helm. The search will now begin for the 12th head coach in franchise history.

“We sincerely appreciate the hard work and commitment shown by Dirk over the past several years,” said Buccaneers Owner/Co-Chairman Joel Glazer. “Working with Dirk has been a pleasure and we wish him and his family all the best in the future. Our search for a new head coach will begin immediately and will be conducted by General Manager Jason Licht.”

Koetter was named head coach on January 15, 2016. He succeeded Lovie Smith, for whom he had served as the Buccaneers’ offensive coordinator in 2015. The Buccaneers compiled a 19-29 record during Koetter’s tenure, including a 5-11 mark in 2018. Tampa Bay’s best season under Koetter’s direction was 2016, when the team finished 9-7 and missed the playoffs on a tiebreaker.