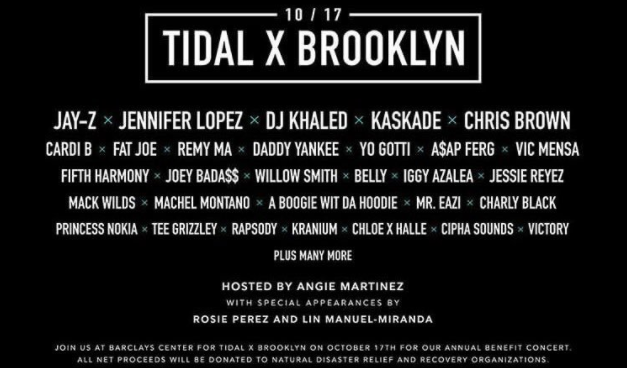 Jay Z And Tidal Line Up The Stars To Benefit Mankind

Angie Martinez is set to host the event, and Rosie Perez and Lin Manuel-Miranda will make special appearances.

TIDAL X: Brooklyn is sponsored by Bacardi, and the rum brand is donating $1.3 million to the charities supported by the festival. Together, they are also assisting Governor Andrew M. Cuomo’s Empire State Relief and Recovery Effort for Puerto Rico by paying for the cost of cargo planes delivering donated goods to the island, from clothing to food to toiletries.

Tickets are available now via Ticketmaster.