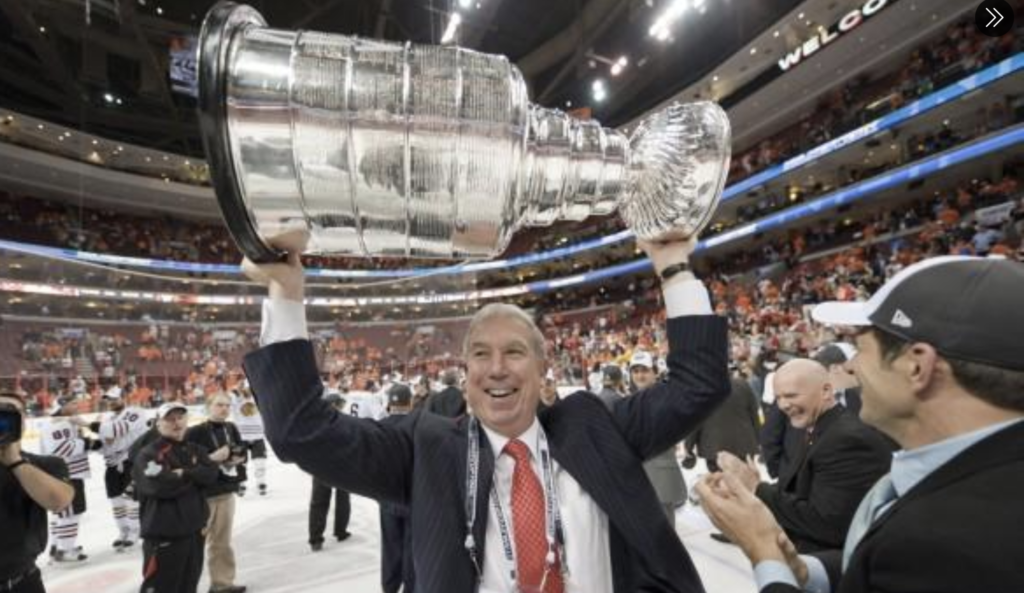 In a bombshell move, the Chicago Blackhawks have relieved Team President and CEO John McDonough of his duties.

McDonough, who joined the team as president in 2007 and had the role of CEO added to his title in 2011, oversaw an operation that ensured that all 82 of the team’s games would be on television, the creation of the annual Blackhawks Convention, and was part of the organizational shift that resulted in three Stanley Cup championships.

“Thirteen years ago, I recruited John to the Blackhawks because of his leadership, direction and vision,” team owner Rocky Wirtz said in a statement. “He rebuilt the front office and helped guide the organization toward a winning vision. As difficult as this was, we believe it was the right decision for the future of the organization and its fans.”

Wirtz cited the ongoing COVID-19 pandemic and the league’s suspension of play as an “opportunity to reassess the team’s future and set a renewed positive direction for the organization.”

Daniel Wirtz, who currently serves as VP of the Blackhawks, will serve as the team’s interim president. A search for the team’s next president is now underway.