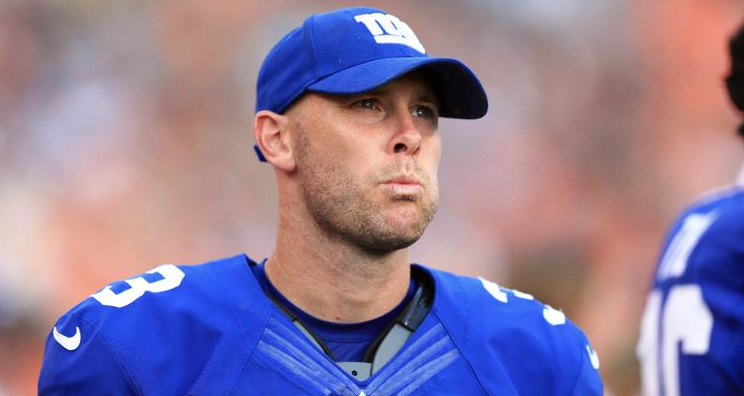 New York Giants kicker Josh Brown admitted to domestic violence in letters, emails and a journal, according to police documents.

The documents were part of Brown’s final case file by the King County (Wash.) Sheriff’s Office stemming from a May 22, 2015, arrest. Brown was charged with assault in the fourth degree/domestic violence after an incident with his ex-wife. The charge was later dropped.

In one of Brown’s journal entries obtained as part of the investigation, he writes: “I have abused my wife.”

Brown’s ex-wife told police that he had been physically violent with her on more than 20 instances over the past several years.

The team declined a request for comment about Brown’s admissions. The Giants are set to leave Thursday for London, where they will play the Los Angeles Rams on Sunday.

“I objectified women and never really worried about the pain and hurt I caused them,” Brown wrote in an email.

There was also a 2013 “Contract for Change” signed by Brown, his then-wife Molly Brown and counselor Jerry Price. Item No. 2 states that Josh Brown had physically, verbally and emotionally abused Molly.

In a letter to friends in 2014 that Josh Brown warned would be hard to read, he admitted to carrying an overwhelming sense of entitlement. He said he viewed himself as God and that Molly was basically his slave.

In one journal entry, Brown wrote that he has “physically, mentally, emotionally and verbally been a repulsive man.” Several sentences later, he said he abused his wife. He also detailed his “arrogant and manipulative thinking and possessiveness.”

In another journal entry, Brown wrote that his wife filed for divorce because he was abusive. He listed losing his marriage and “living with the reputation of an abuser” as fears of his.

The Giants re-signed Brown during the offseason to a two-year, $4 million deal. The team has supported him despite the arrest and allegations, with Giants co-owner John Mara saying in August: “I believe all the facts and circumstances, and we were comfortable with our decision to re-sign him.”

It is not clear if the Giants or the NFL were aware of his written admissions provided by police and publicized Wednesday.

The league did suspend Brown for one game without pay in August for violating its personal conduct policy, and he sat out the Giants’ season opener.

Brown and the NFL Players Association argued that there should be no suspension, but the NFL determined that the one incident about which the original report was filed required it to act.