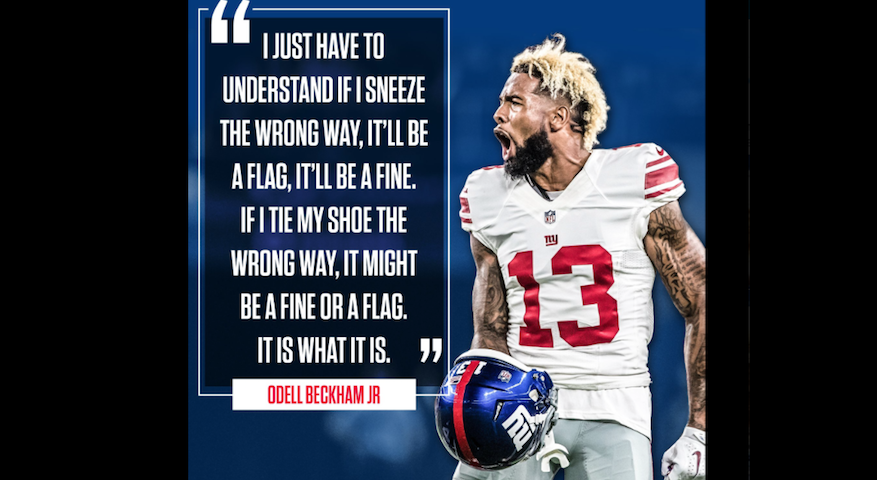 Is Odell Beckham Starting to Hurt the Giants?

The dud performance snapped a streak of 28 straight games in which Beckham caught at least four passes, and also extended his season without a touchdown. The frustration clearly mounted as Beckham was shadowed by Vikings cornerback Xavier Rhodes who won their game-long tussling match and intercepted a pass in the win.

It was clear Rhodes had gotten under Beckham’s skin when the receiver drew a personal foul in the first half for trying to taunt the defender.

“You watch film and he’s competitor. He likes to fight and get in people’s heads,” Rhodes said, of Beckham. “He was cool in the beginning. But as he tried to get me riled up (I went back at him). I know his game.”

Beckham losing his cool has become a common theme for the Giants. He had an outburst on the sidelines last week in a rematch with cornerback rival Josh Norman whose Washington Redskins edged New York 29-27.

In the closing stages of the game, Beckham let loose, knocking down a kicking net and prompting coach Ben McAdoo to say his star had gone too far. “Emotionally on the sideline in between the series, he needs to do a better job,” McAdoo said. “He needs to control his emotions better and be less of a distraction to himself and his teammates.”

Beckham’s reputation for eruption began last year when he famously feuded with Norman and committed three personal fouls during an ugly battle.

With each incident, defenses seem to be targeting Beckham with physical play in the hope that he will implode.