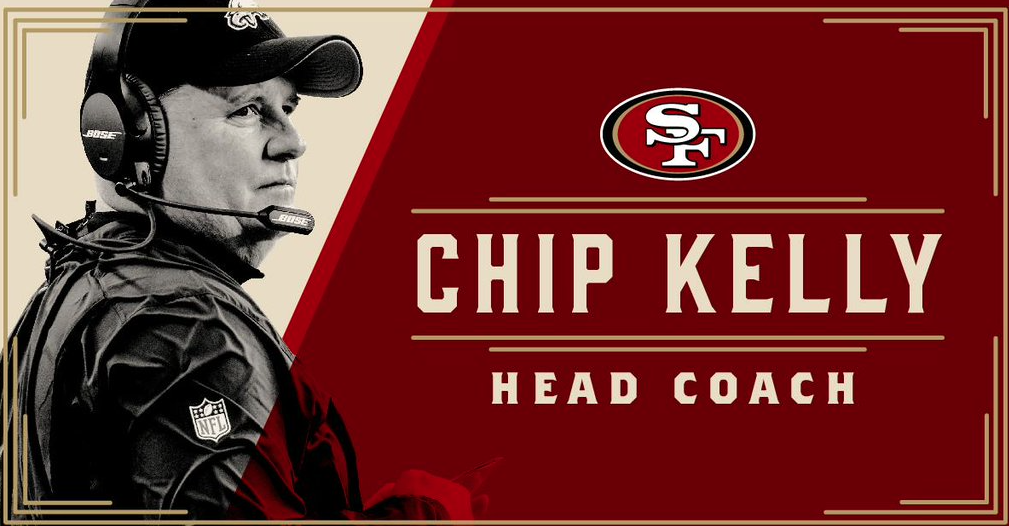 Chip Kelly Is Coming to Cali

Chip Kelly is the offensive-minded, experienced head coach the San Francisco 49ers have long sought, and now he needs to win – right away.

The 49ers hired the former Eagles coach on Thursday, finding the leader CEO Jed York is counting on to turn things around for his once-proud franchise.

Kelly faces the daunting challenge of transforming the Niners into an immediate contender again.

“We are thrilled to announce Chip Kelly as the new head coach of the San Francisco 49ers,” York said in a statement.

“Chip has a proven track record at both the college and NFL levels that speaks for itself. We believe strongly that he is the right man to get this team back to competing for championships. I look forward to watching Trent (Baalke) and Chip work closely to build a team that will make us all proud.”

Kelly, who had personnel control with the Eagles and frustrated some of his players, won’t be introduced in a news conference until next week at Levi’s Stadium based on scheduling conflicts and Kelly working to immediately build his staff.

“As one of the most historic franchises in the National Football League, I realize the high standards and expectations that this position demands and I embrace the challenges ahead,” Kelly said in a statement.

“My immediate focus is to build the best coaching staff possible, one that will maximize the abilities of each of our players and put us in the best position to win football games.”

Kelly replaces fired coach Jim Tomsula, promoted from his defensive line duties last January to succeed Jim Harbaugh before going 5-11 – a move Baalke has said earlier this month wound up to be the wrong one, in hindsight.

With his 26 years of coaching experience, Kelly emerged as the favorite among several candidates, including former Raiders, Broncos and Redskins coach Mike Shanahan, ex-Giants coach Tom Coughlin and former Raiders coach Hue Jackson, who was hired Wednesday to coach the Cleveland Browns.

The 52-year-old Kelly was fired by Philadelphia after Week 16 with one game left in his third season as coach. The former University of Oregon coach was 6-9 in 2015 following two 10-6 seasons, prompting Eagles CEO Jeffrey Lurie to make a change.

“Chip possesses all the qualities we were looking for in our next head coach,” Baalke said. “He has demonstrated the ability to be innovative everywhere he has coached and has had great success throughout his career.

“Chip’s passion for the game and vision for the future of this team clearly stood out to us during the search process. He is an extremely driven individual that I look forward to working with.”

Hiring the offensive-minded Kelly could give the 49ers a reason to keep quarterback Colin Kaepernick to work his way back into the dominant, dynamic quarterback he was a few years back with his legs and strong arm.

Former first-round pick Blaine Gabbert took over in November for the benched Kaepernick, who has since undergone shoulder and thumb surgeries.

Kaepernick’s $11.9 million salary for 2016 becomes fully guaranteed for injury come April 1, and there had been belief the team might try to trade him or release him.