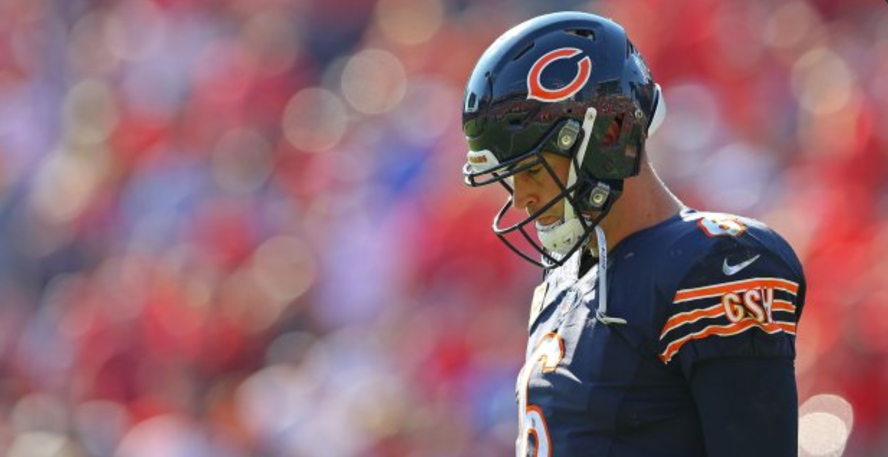 Jay Cutler is Gone, Now What?

The Jay Cutler era in Chicago is over. The Bears released the enigmatic quarterback following the start of the league year on Thursday. Chicago attempted to trade Cutler, to no avail.

“I appreciate Jay’s professionalism throughout the process and throughout my two years with him here in Chicago,” Bears general manager Ryan Pace said in a team statement. “I will always appreciate his toughness and respect his accomplishments on the field with the Bears. He leaves here holding nearly every passing record with this storied franchise and I wish him nothing but the best going forward.”

The move has been expected for months. With Chicago set to pay free-agent quarterback Mike Glennon $45 million over three years, with $18.5 million guaranteed, Cutler’s release became a formality.

The Bears signed Cutler to a big seven-year contract in 2014. With no guaranteed money left on the deal, Chicago saves $12.28 million on the salary cap, with just $2 million in dead money, by releasing the QB.

Cutler spent eight seasons in the Windy City after being drafted in the first round by the Denver Broncos in 2006. He played just five games in 2016 due to injury.

The strong-armed quarterback has long been a darling of scouts, but his penchant for back-breaking turnovers and taking costly sacks irked Chicago fans for years. Viewed as a coach-killer by many, Cutler went through a handful of offensive coordinators during his time in Chicago.

At 33 years old, Cutler should find a landing spot in a market in need of signal-callers. The QB-needy New York Jets have been linked as a possible destination for an experienced stop-gap like Cutler to land.