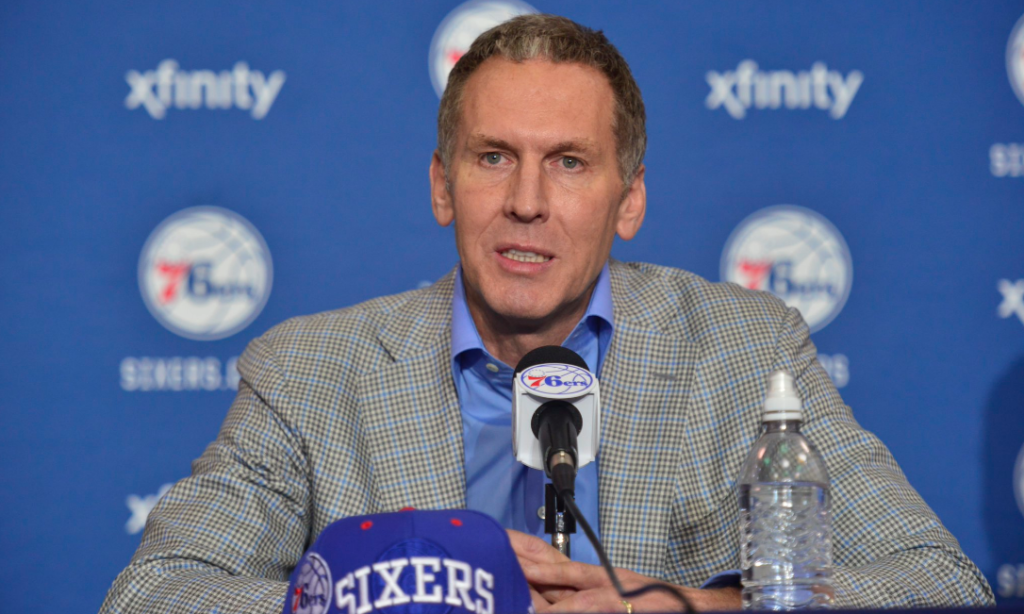 The Sixers GM is Accused of What??

The Philadelphia 76ers have started an investigation into tweets linked in a report to team president Bryan Colangelo that criticized Sixers players Joel Embiid and Markelle Fultz, among other NBA figures.

“The allegations are serious and we have commenced an independent investigation into the matter,” the Sixers said Wednesday in a statement. “We will report the results of that investigation as soon as it is concluded.”

The website asked the team about five Twitter accounts it suspected Colangelo was operating. He said in a statement that he used one of the accounts to monitor the NBA industry and other current events, but that he was “not familiar with any of the other accounts” brought to his attention and that he didn’t know who was “behind them or what their motives may be in using them.”

Embiid, the 24-year-old All-Star center, tweeted that he didn’t believe the report.

“I don’t believe the story. That would just be insane,” he wrote.

Colangelo was hired as president of basketball operations for Philadelphia in April 2016. He served as Toronto’s general manager from 2006-2013.

Colangelo, the son of longtime sports executive Jerry Colangelo, stepped in with the Sixers after Hinkie resigned. He lost his GM job in Toronto after the Raptors missed the playoffs for the fifth consecutive season, and Ujiri took over basketball operations.

According to The Ringer, one of the Twitter accounts it connected to Colangelo downplayed Hinkie’s role in the franchise’s turnaround. It also lamented in another post that Ujiri hadn’t done anything to make the Raptors better.

Another account accused Embiid of “playing like a toddler having tantrums,” and one criticized Fultz for his work with his “so called mentor/father figure.”